Bitcoin maximalism is a feature, not a bug. This is a quote you’ll often hear or read online. It’s a statement I learnt to appreciate.

Let’s wind the clock back. As you may have seen, I got onboard with Bitcoin in 2013, went back and forth and eventually dove in fully in 2017. Back then Bitcoin was the only interesting project to me. There might have been a few others, but I was never really into the whole ICO thing and not interested in proof of stake.

However, when I started to work in the crypto sector, I began getting in touch with other projects. Most of them were DAO’s, which in fact are decentralized in name only, and everyone of them had their own token. They said they used them for governance but in reality most of these tokens were exit liquidity for investors or the founding team.

Up until 2020 I heavily invested into Bitcoin. Whether it was stacking Sats, educating or researching. I was there, but never just locked into BTC. I played around with ETH and other altcoins as well. It was mainly due to the bull run and the rising prices of those altcoins.

I started to work for DAO’s and helped them with their ideas. Some of them tried to help the Bitcoin ecosystem, others where ‘layer 2 solutions’, but most of them only used Bitcoin in name to gain followers and new investors. Almost all of them paid me in either FIAT, stablecoins or their own tokens. Usually I exchanged the tokens into BTC however sometimes I would wait for a price spike and then cash out.

Suddenly something changed. It was in January 2020, when I finished another one of these web3 projects. Another one of those staking platforms which only worked for early investors. It was a ponzi scheme and not one of them who run for a short period of time, in fact it was quite successful and had been up for years at that point.

Why a ponzi you may ask? Well, the founding team itself told me how they only look for exit liquidity and aim to pump the price of their token. A token you had to hold with 20% of your portfolio to get the most out of the platform.  How can you work in the decentralized world and say this?! In that moment I knew something was not right and I had to find out what the issue was.

I sat down again and started with the basics: What is the difference between proof of work versus proof of stake? What are the tokenomics? Is there an ICO or do you have to mine them? Is there a big influx of VC money or did the value of the project evolve naturally?

By answering all of these questions, I came to the conclusions that most of these projects are doomed to fail or being wiped out. Almost none of them are truly decentralized as they’re either run by a central institution or VC’s have too much power. None of the promises they make in their marketing are fulfilled and they all function in a bull market. Once a bear market is in, most of them drop hard and leave the project behind.

Keep in mind, I came to that conclusion in January 2020. This was way before we saw the giant liquidation wave in May and June 2022. Therefore I didn’t know yet what was about to happen, however I had some suspicions. I’m admitting that I also had some coins on custodial services such as Nexo, FTX and Celsius.

I didn’t hesitate long and started liquidating or paying back outstanding loans. Most of them had BTC as collateral, so I was interested in getting that back and move it into cold storage. Luckily for me, I was able to sell most of my holdings with a profit and pay back all of my loans this way.

Full disclosure, I would later use Nexo again to get a Bitcoin loan, however this was done intentionally and I allocated a small amount of my holdings. Thanks to the bull runs at the end of 2020 and in the middle of 2021, I was able to pay that loan back in 8 months. Nowadays though, I would not use them again and rely on Bitcoin focused companies to get a collateral loan.

By now the maxi bug bit me and I wanted to find out more. I started looking into Bitcoin only companies and found great resources. Most of them I already knew or followed on Twitter, but I never really engaged with them. Also, I had some jobs where I wasn’t allowed to post public opinions thanks to NDA’s. Something I would never do again. As this is basically censorship, however I was naive and believed that I needed to do this to get more jobs in the future. Idiotic, but it lead me to Bitcoin, all good then.

I’ve gotten to the point where I realized how much of the crypto world is fraudulent and that Bitcoin is not crypto. The realization how powerful proof of work truly is - big thanks to Saifedean Ammous for your tweets and education about it - why BTC is not just powerful in terms of wealth creation but also the store of value with it. The last eye opening moment to me was, how third world countries can use it as an alternative to the US Dollar.

I started doing the Bitcoin thing and educated everyone around me. I explained to them how you get your coins of exchanges, what cold storage is, why it’s so important and how central lending services steal their money.

People were pretty amazed when I told them that it’s daylight robbery to have 10 to 25% of your portfolio in a shitcoin on a lending platform. Look what happened with Celsius. People weren’t able to post more collateral because their token was failing so fast. If people were to choose their collateral assets, the whole liquidation might not have happened. Same to be said for other services.

I managed to get my family off central services and a part of my social circle. Not all of them, as I explained in this article, but most of them listened and understood the problem. Incidents like the Canadian trucker protests, where peoples bank account were frozen due to their opinions, helped in educating people as well. A lot of friends finally understood what I meant with Bitcoin is apolitical. It’s open 24/7 and doesn’t care what you say or do.

Next to news and current events, I also spend a lot of my time I reading terms of service documents, to understand what the processes were in case a company goes bust. The more I read how these companies worked and in how much danger users of these services where, the stronger became my maxi position.

Before that research, I would believe in a Bitcoin first approach, however I would respect the other side of the market. If people would find their way to Bitcoin, I was happy. If not and they feel safe in ETH land, I would accept that too.

After understanding how these things work and that every maxi wants to save people from loosing money, I eventually changed my opinion about it.

I have a different look at the stance maxis take on Twitter. Sure, some of them are very obnoxious. A lot of them believe that Bitcoin solves all problems around the world. Which is one of the statements I don’t fully agree with. But it sounds nice and floods you with a tone of new followers.

If you take a look behind the curtain and listen to what we have to say, you’ll end up realizing that we all want regular folks to understand, what they invest their time and money in. We want people to learn how the financial system works, what options you have in the market and how to analyze an asset.

To attract people to these solutions, we have to be loud. We have to be obnoxious and we have to be extreme. We’re the first base of a movement which sees a brighter future and more possibilities for the generations ahead. Once we establish a certain size, I bet things will cool off and we’ll not be so loud anymore.

I ended up becoming a Bitcoin maximalist, because I saw regular people getting rugged by greedy investors and founders. Something Satoshi prevented by inventing Bitcoin. After all it was a response to the greed of the 2008 financial crisis.

Once I understood how beautiful this technology is and how many wonderful people are besides you, I knew that I couldn’t go back anymore. Bitcoin maximalism truly is a feature and not a bug! 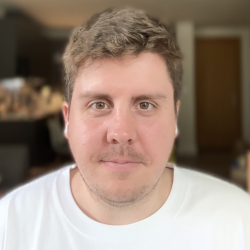